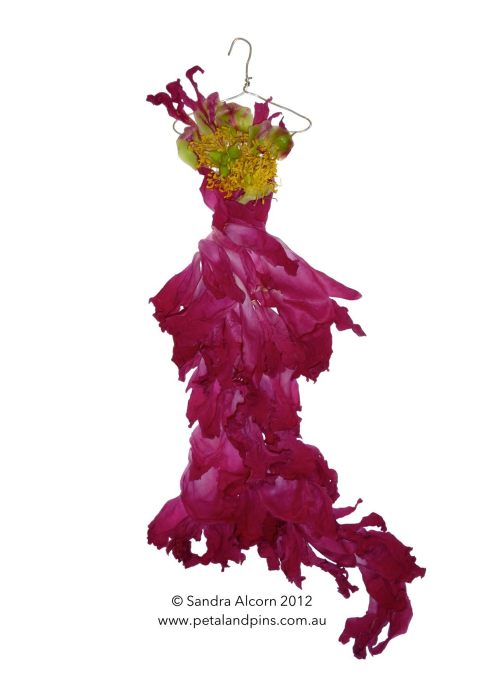 The other Sunday morning there was a stall at the local farmers market laden with bunches of peonies in an assortment of colours and it reminded me of the flower stalls I photographed in the Marais on a trip to Paris.

Several varieties grow in my  garden including a white with just a hint of pink towards the centre of the blooms and a rich crimson red one which this year produced enough flowers to fill a vase. After some unusually hot days the cut flowers started to dry out emphasising the jagged edges of the petals. I almost threw them out, but thought of Faded Glamour so I decided to create a garden fairy’s dress for the festive season.

It was suggested to me that it evokes a chinese dragon – what do you think?