The Beginnings Of A Dress

In my post ‘An Elf In My Letterbox’ back in June I mentioned one of my nieces  would be visiting in September so I could create her school leavers dress.

We’ve been planning and plotting for several months with idea and sketches going to and fro and Marinella Rauso’s stylish blog I Love Green Inspiration provided some inspiration.

I had already chosen the fabrics and ordered a selection of beads and sequins in preparation. Last Wednesday she arrived and Friday we embarked on stage 1 – dye the fabric. The first attempt gave a pretty result but wasn’t colour fast so we re-dyed and now it’s a richer colour.

Yesterday I saw a picture of Diane Kruger in a Valentino ‘poudre’ tulle illusions gown from the Resort 2014 collection – the colour and ‘feel’ is similar to what we’re creating.

Of course it hasn’t been all work and no play! – Saturday we went to Salamanca Markets and found a gorgeous cocktail ring and earrings to go with the dress and on Sunday we went to MONA and ‘feasted’ on fabulous art.

But today it’s back to ‘The Dress’!

I love the scent of sweetpeas and the abundance of colours they come in.

I came across some growing in a park in Sydney – warmed by the sun the sweet smell permeated the air and drew me to where they were growing –  reminding me I must find a sunny spot in my own garden for them.

Playing with my iPad and seeing what’s different since upgrading to iOS 7 I took a look at the photo booth app and decided to aim it at something other than me using the kaleidoscope setting.
Intrigued with the result I took it down into the garden for some more interesting subject matter and I think the results are quite gorgeous.
The patterns created are lush and ‘lace’ like – they would be fabulous as digital prints on fabric – a current trend in both fashion and interiors.

For ten days at the beginning of September the David Jones department store in Elizabeth Street Sydney celebrates the arrival of Spring with a fabulous flower show, now in its 28th year. The whole of the ground floor and all sixteen of the stores windows are given over to exquisite themed displays of flowers.

By chance in one of those earlier years I happened to be strolling past late at night with my ‘serendipitous’ friend when final touches to the displays were taking place. We stayed and watched, mesmerized by the activity within as three metre tall branches of magnolias were put in place.

The last two Septembers I have visited Sydney perfectly timed to see the David Jones Spring Flower Show – this has been purely coincidental but I’m now planning to mark it permanently on my calender.

This years theme – ‘The Enchanted Florence’ – takes inspiration from the iconic colours and patterns of the designer Florence Broadhurst. More than 300,000 flowers from all over Australia were used in the display and the result was magical.

These are just some of the photos I took – maybe you will be inspired to plan a September trip to Sydney too. 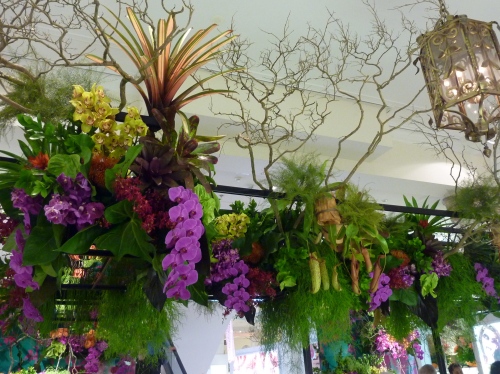 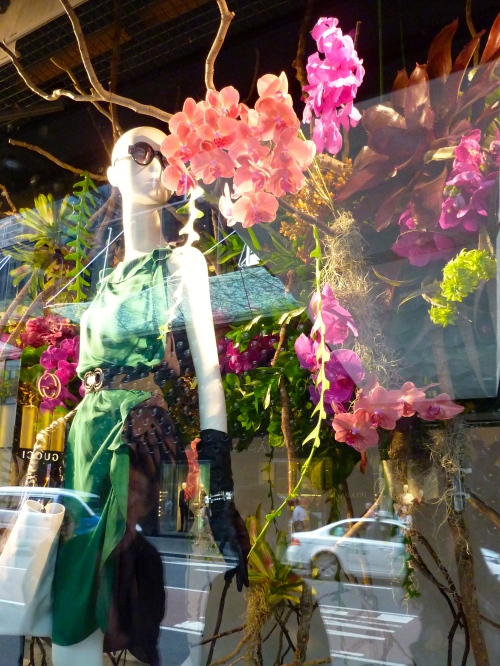 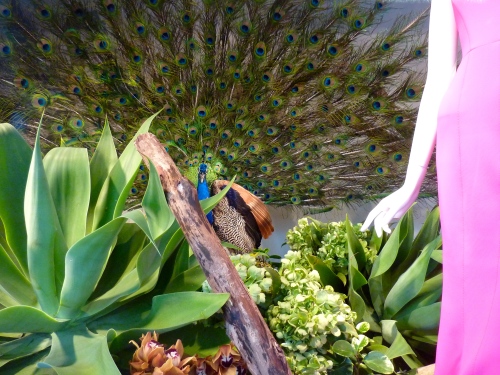 In a few days Petal & Pins celebrates it’s 1st birthday! Thank you for visiting, following and your comments over the last year.

I have created four new sets of my Garden Fairy’s Wardrobe cards for Spring/Summer 13/14.

All the designs in these new card sets have featured here on the blog, sometimes with an accompanying story. 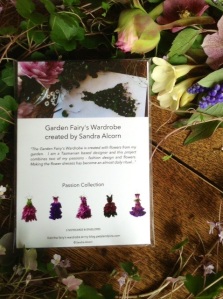