In my studio I have boxes and jars of buttons.

Made from all sorts of things – shell, metal, glass and paste, coconut shell, silk cord and clay. Some are vintage and others made in cloth using an old button covering press.

Bought in bulk or just enough for a single garment waiting to be chosen as the perfect ‘one’, they come from all over the place including a Parisian haberdasher I stumbled upon while walking in the Marais.

But I need to look out carefully to find the fairy haberdasher peddling his wares of ribbons, buttons and other notions.

‘Ahh nasturtiums…I’ve written about you before and the lesson your carefree habits bring. You have really taken off at the bottom of my garden now – several colours mingling together sprouted from seeds gathered from those unexpected places’ 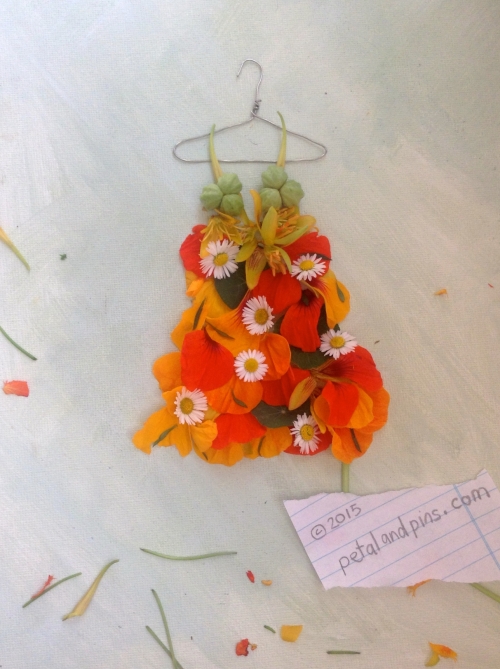 This Garden Fairy’s nasturtium sundress is embellished with tiny daisies from my lawn. You can see another in my previous post  Slightly Defiant & Carefree. 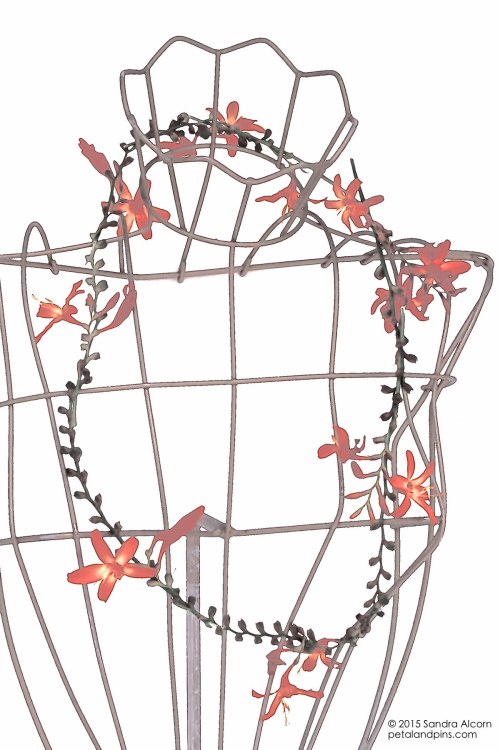 Last November, in anticipation of seeing the exhibition The Fashion World of Jean Paul Gaultier:From the Sidewalk to the Catwalk, I created two Gaultier inspired designs for my Garden Fairy’s Wardrobe.

For fans of “the enfant terrible of French fashion” it will be no surprise that one of these was a corset.

For inspiration I chose the conical bra style he first showed in the early 1980s and which was famously worn by pop icon Madonna on her Blonde Ambition World Tour.

Here is my take on it for my garden fairy and some photos I took at the exhibition. 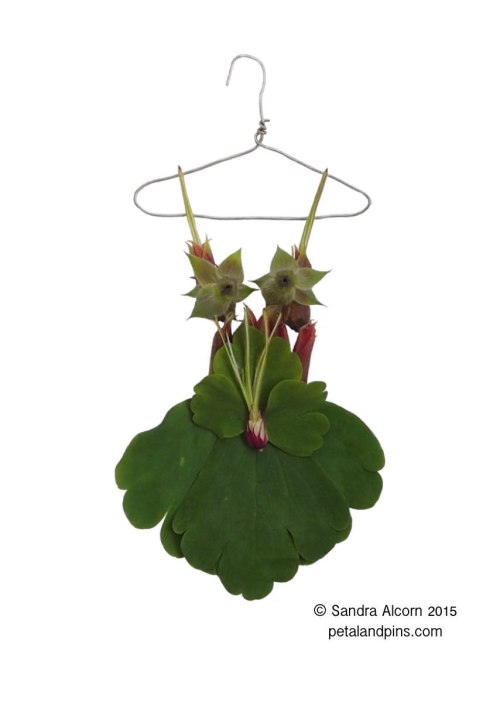 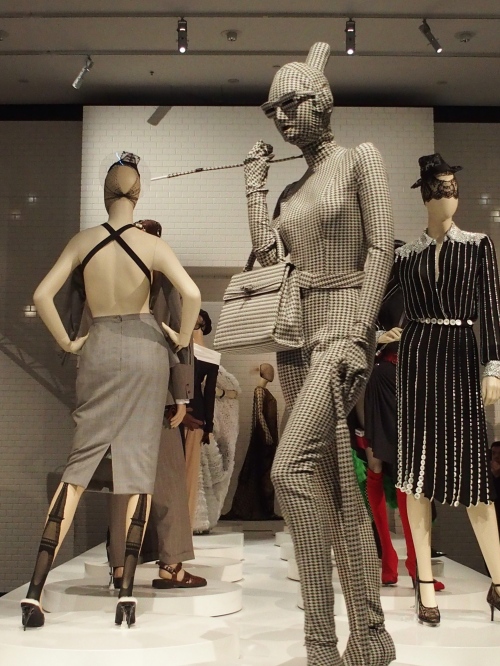 In the exhibition monograph, Jean Paul Gaultier thanks many including his teddy bear – which features in the exhibition wearing the cone bra he fashioned for it as a child!

“…thanks also to my teddy bear Nana who was my first model and without whom my whole career not to speak of the cone breasts, would not have been possible…”

In my post Good Things Come To Those That Wait I spoke of waiting for several years to see this exhibition. It was first shown in Montreal in 2011, then in Dallas, San Francisco, Madrid, Rotterdam, Stockholm, New York, London and finally Melbourne in 2014.

It was worth the wait – so much so that I went to see it twice on that weekend trip to Melbourne in November!

I know these tiny tri-coloured violas as heartsease.

Or perhaps another name?